The last weekend in April signals warmer weather as flowering trees are in full bloom across the city.

We hope you’ll find the following list of Great Gables Events to be informative, interesting and useful as you make plans to spend quality time with family and friends in the coming days.

Friday – Induction Ceremony for New Elected Officials
The City of Coral Gables will hold an official ceremony to induct newly elected officials at City Hall at 11:30am.

Friday – Belle Epoque
Director Fernando Trueba will introduce the 8:30pm screening of his Oscar-winning film, live via Skype, at Gables Cinema on the occasion of its 25th anniversary. This seminal film received the Goya Award for Best Film along with eight other Goya Awards and was named Best Foreign Language Film at the 66th Academy Awards. https://gablesguide.com/event/belle-epoque-at-gables-cinema/

Sunday – Sundays on the Porch with George
The recently renovated Coral Gables Merrick House, 907 Coral Way, is opening its doors and bringing back its popular series, Sundays on the Porch with George from 1 to 4pm. Coinciding with Earth Month, the event will feature all things nature related: George’s poetry, gardening, eating/buying local, upcycling, choosing vintage, and house tours. https://gablesguide.com/event/sundays-on-the-porch-with-george/

Tuesday – Losing Earth – A Recent History
According to author Nathaniel Rich, by 1979, we knew nearly everything we understand today about climate change — including how to stop it. Over the next decade, a handful of scientists, politicians, and strategists, led by two unlikely heroes, risked their careers in a desperate, escalating campaign to convince the world to act before it was too late. Losing Earth is their story, and ours. https://gablesguide.com/event/losing-earth-a-recent-history/ 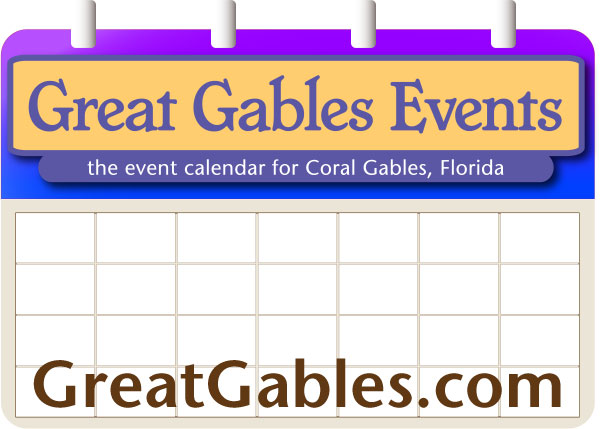